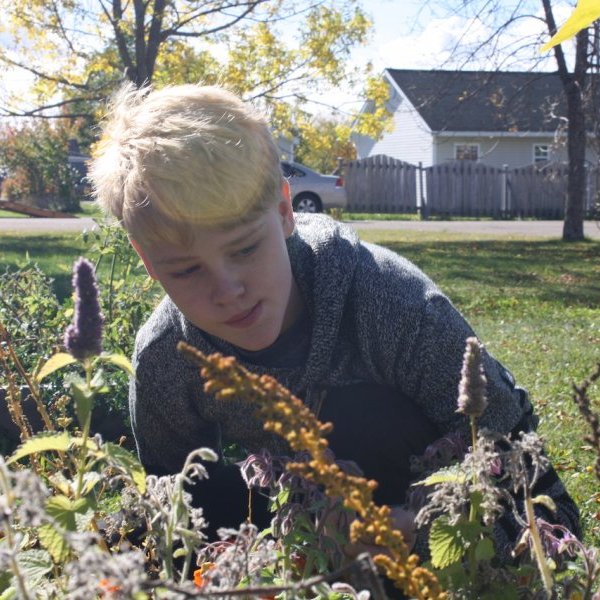 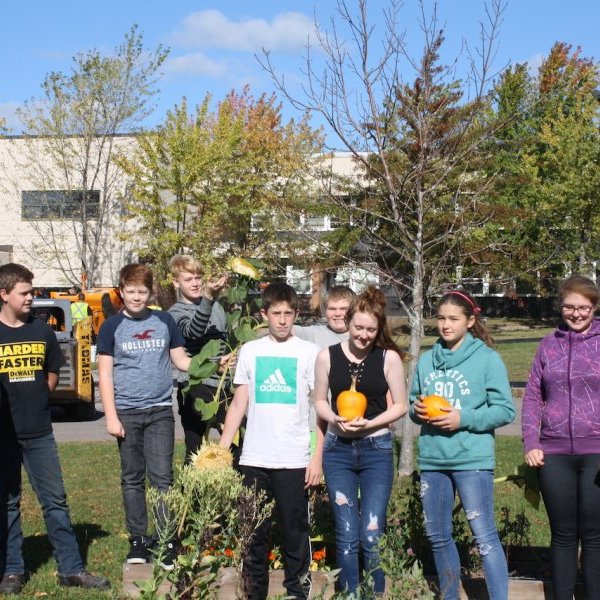 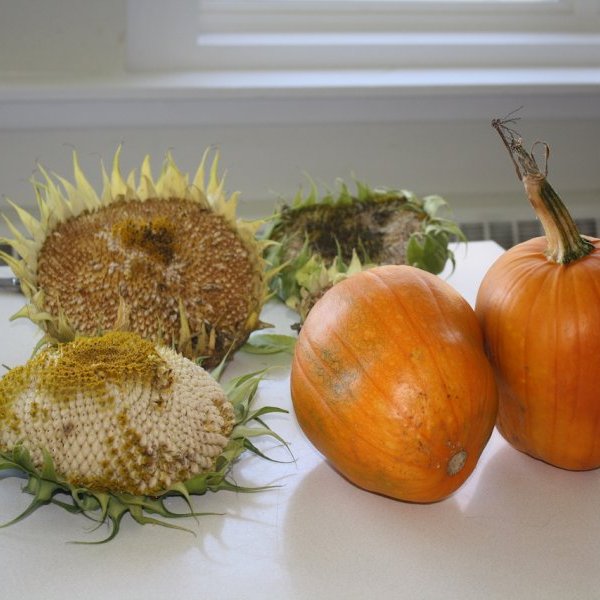 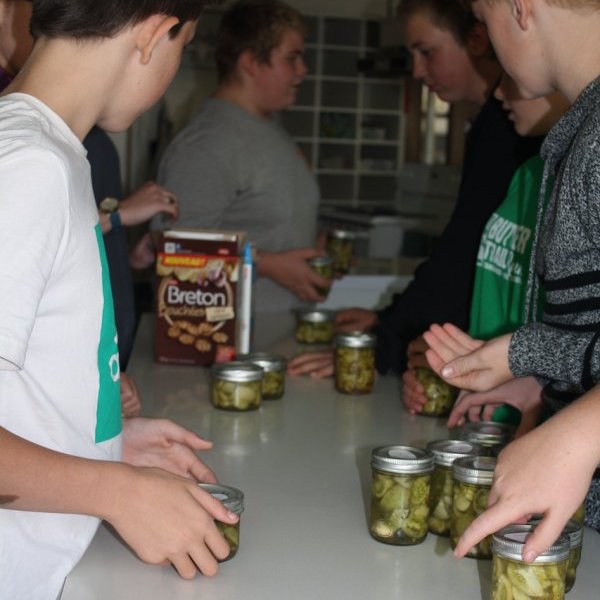 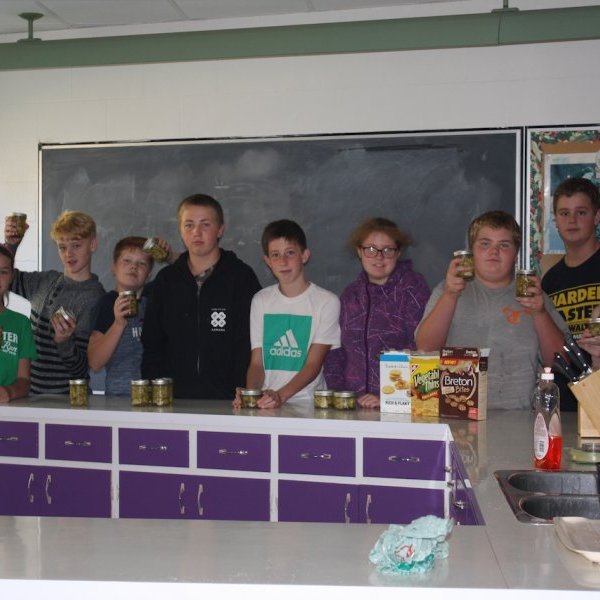 Please describe your garden, is it raised beds, in the ground, do you have a greenhouse?

We currently have 2 4x8 raised beds, with the plan to bring that number up to 6 in the spring of 2018. We don't currently have a greenhouse but may be looking to purchase one in the future.

What vegetables/fruit do you grow in your garden? What do you have a difficult time growing in your school garden?

This year we grew pumpkins, tomatoes, lettuce, radishes, sunflowers, nasturtiums, anise hyssop, borage. The tomatoes grew beautifully, however the pumpkins were quite small due to a lack of watering over the summer, and perhaps inadequate spacing and lack of soil. It was difficult to recruit volunteers to water the garden over the summer.

Why did your school decide to add a school garden?

The Librarian had already been offering an Earth Day program that allowed students to start seedlings in the library and take them home for planting there. She started a Green Team in the fall of 2016, so the school garden was a natural evolution from what was previously offered.

The Librarian manages the garden as best she can, with the help of the Green Team. However she is only at PDHS two days a week, and had a death in her family at the end of June 2017 and had to travel to NL for an extended period. That time had been allocated for finalizing a volunteer schedule for watering the garden over the summer. Hoses were purchased however the outside taps at PDHS are quite old and a special key was required. In the end, she only had one day at the end of June before the break so local staff members offered to take care of the watering from the staff room sinks, as a final plan with facilities management had not been put in place to get the Librarian or other volunteers a key for the hose.

What do you do with the harvest from your garden? Do you have a harvest celebration? Do you use it in the cafeteria, or culinary classes? Do you donate some of the produce?

Do you have community involvement? Do you have parents and volunteers? Have been able to source other funding to help your garden grow?

No community involvement as of yet, but we did do the Nourish Your Roots fundraiser at PDHS for the first time this year, with the proceeds coming from the sale of 51 farm boxes to go towards the garden in 2017. Awareness was raised about the presence of the school garden through that fundraiser, and a few offers of donations of compost and other garden supplies have resulted from the fundraiser. The Communities In Bloom committee in Pugwash has also suggested that they may be willing to support the garden

What are your future plans for the school garden?

The Agri Foods 11 class has made budget proposals for how to spend the money raised through the Nourish Your Roots fundraiser. In particular we are focusing on making the PDHS school campus a more pollinator-friendly place overall. We are also interested in planting and growing fruit trees, primarily apples.

The Principal at PDHS, Shawn Brunt, would love to see the garden produce more frequently in the school cafeteria, but before that can happen we need to built capacity in terms of the number of garden beds and students' interest in the garden.

Any words of encouragement/tips for a school starting a school garden?

Focus on relationship building with the facilities management team at your school.